Power of Thrust #801: Sometimes its socially acceptable to make fun of a group of people, especially if that group of people wears T-shirts with howling wolves on them. 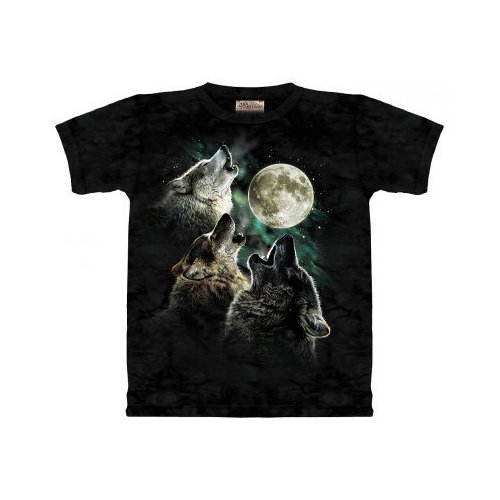 The T-shirt itself is pretty tight. But check out the hilarious comments at the bottom. All 669 of them. Such as “The wolves spoke to me in a language all their own; it was like German, Mongol, and Bitchin all mixed together.”

Or “I’m also more confident at work, and expect to be promoted to cashier soon.”

Or “I believe that wearing this t-shirt has made me a better man, which is remarkable because, well….I’m a chick.”

Click here to check out the now best selling T-shirt on Amazon.com, The Mountain Three Wolf T-shirt.
Here’s an article explaining the phenomenon.

Filed under News, Powers of Thrust

News: Earth Worm Union Claims Animals With No Faces Are Discriminated Against And Michael Vick Proves It

HAMPTON, Va.- The leader of the Earth Worm Union spoke in front of a packed mound of soil today claiming that people don’t show the same outrage with fishing related worm abuse as when NFL pro football player Michael Vick was found guilty of running a dog fighting ring. Vick was released May 20, 2009 to finish his prison sentence in home confinement.

“Its not fair,” claimed the worm union president, Westminster Wormly. “Imagine if someone took you out of your house, away from your family, stuck you in the gut with a big hook, then threw you in the water just so a bigger animal could eat you! And half the time they throw the fish back!”

“Why doesn’t anyone care,” he yelled as a crowd of supporters squirmed in approval. “I think I speak for all of God’s creatures that don’t have faces when I say that’s bull fucking shit,” he added.

People fall hook line and sinker for that…well, puppy dog act. Dogs bite you, shit on your carpet and give you rabies. When’s the last time a worm gave you rabies? Huh? Fucking rabies, people!”

“Well, worms can’t fight,” Vick responded. “Sure, maybe it’s true that if they had a mouth they could scream. Or eyes they could cry. But if God didn’t give them a face then that means he didn’t want them to express their feelings and therefore no one should care.”

“Worms are pretty useless,” Vick said. “All they do is lay there and wiggle. Reminds me of my first prom date.”

Vick added, “We used to call her jello. Whenever I would go down on her she’d gasp for air and then her hips would shoot up…I’m sorry, I’m getting off the subject. What were we talking about?”

The worm union later issued a formal response “What a dumb fucker. I swear if you humans let him play football again you’re a bunch of sellouts. And when you do you’ll be hearing from the dog union cuz that shit’s just wrong. Vick barely completed 53% of his passes anyway.”