Oscar Tweets! We cracked jokes for the 2nd half of the Oscars. And they’re all below. Eat it up: 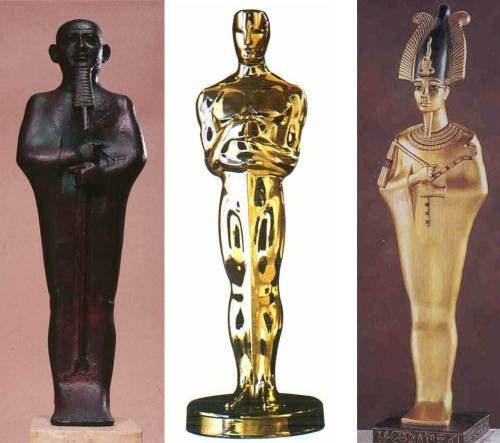 Fun fact: The Oscar was patterned after ancient statues and was first called The Oscar-Hotep. Fun fact

Ok, in the first WTF moment of the Oscars: best score as interpreted by dance. Right now the cinematographers are going “you didn’t even show clips of our work (you know…the VISUAL part of a film?) so you’d have enough time for this crap?!”

Whenever a special effects guy says the company name WETA (wet-ah) I have to giggle. Heh, he said wet-ah. Heh.

I was just about over my suicidal tendencies until I saw the best documentary nominees. FTW

Avatar wins best cinematographer. Isn’t every Avatar award really for James Cameron & oh, people he hired because the unions said he had to?

Does Jeff Bridges beard and mustache on #Oscars remind you of snowman Burl Ives? Twins! http://5z8.info/malicious-cookie_s8o0x_boobs

Michael Sheen on stage calling Helen Mirren sexy. I get it. But ka-reeeeepyyy.

Oprah one of presenters for Best Actress. Oprah: “James Cameron, congrats on Avatar’s billion dollar box office grosses. By the way, I make that in a month.”

When they show the cast of “Precious” at the Oscars I don’t see Golem. Rrrrracist!

Sandra Bullock best actress Oscar: Sandra to the world: “you shit on me for ‘All About Steve’. But now, you can suck it.”

Hurt Locker best picture. Oh say it, Kathryn! Say it! “I’m the queen of the world!”

Ebert’s a funny guy. RT @ebertchicago Guys half drunk, watching at home: “That Kathryn Bigelow is a fine woman.”

The POT is following 300 twitter people and Ebert is the funniest one? We gotta follow funnier people.

Ok, POT founders off to crash 7 diffrent Oscar parties with a few Brazilian swimsuit models. 3 parties of which we’re actually invited to.

…Actually the models were invited. We just supply them coke, which gives you special privileges.

Performance by an actress in a leading role
Sandra Bullock – The Blind Side – WINNER
Hellen Mirren – The Last Station
Carey Mulligan – An Education
Gabourey Sidibe – Precious: Based on the Novel ‘Push’ by Sapphire
Meryl Streep – Julia & Julia

Performance by an actress in a supporting role
Penelope Cruz – Nine
Vera Farmiga – Up in the Air
Maggie Gyllenhaal – Crazy Heart
Anna Kendrick – Up in the Air
Mo’Nique – Precious: Based on the Novel ‘Push’ by Sapphire – WINNER

Adapted screenplay
District 9 – Written by Neil Blomkamp and Terri Tatchell
An Education – Screenplay by Nick Hornby
In the Loop – Screenplay by Jessee Armstrong, Simon Blackwell, Armando Lannicci, Tony Roche
Precious: Based on the Novel ‘Push’ by Sapphire – Screenplay by Geoffrey Fletcher – WINNER
Up in the Air – Sceenplay by Jason Reitman and Sheldon Turner